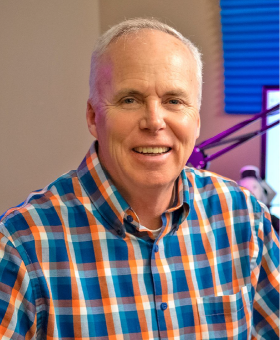 Professional History: Joel Allen is the Chair of the Religion and Philosophy Department and, as of December 2020, the Director of the McGovern Center for Leadership and Public Service on the DWU campus. Before coming to DWU, Joel was an Assistant Professor of Religion at Lambuth University and Minister of Discipleship at First United Methodist Church in Jackson TN. He is an elder in the Dakotas Conference of the United Methodist Church and a graduate of Asbury Theological Seminary (1995). Joel has also taught at Asbury Theological Seminary (two years as a Teaching Fellow of Biblical Languages), Union College (in Barbourville, KY) and Moscow Evangelical Theological Seminary. In May of 2006, Joel completed a Ph.D. at Hebrew Union College – Jewish Institute of Religion in Cincinnati Ohio where he studied Hebrew Bible, Rabbinic Literature and Judaism of the Greco-Roman World. Along with several articles, he is author of two books: The Despoliation of Egypt: in Pre-Rabbinic, Rabbinic and Patristic Traditions (Brill, 2008) and Jewish Biblical Legends: Rabbinic Wisdom for Christian Readers (Cascade Books, 2013).

Family: Joel has been married to Kitty for 32 years and they have two daughters (Johanna and Emma).

Hobbies: Joel is an enthusiastic runner, biker, traveler and podcaster. You can find his podcast “Biblical Conversations” on Apple, Spotify, Google and most other podcasting platforms. Or you can check it out here! Joel has another podcast called The McGovern Report. The McGovern Report is the voice of the McGovern Center for Leadership and Public Service at Dakota Wesleyan University. The McGovern Center is the living legacy of Sen. George and Eleanor McGovern, two of Dakota Wesleyan’s most prominent alumni. The McGovern Center builds on George and Eleanor’s lifelong commitment to humanitarian outreach and civic engagement working in the areas of ethical leadership development, social justice, community-based learning and public service.