The Inauguration of Dr. Daniel Kittle as the 21st President of Dakota Wesleyan University will take place at 11 a.m. on Thursday, August 25, 2022. 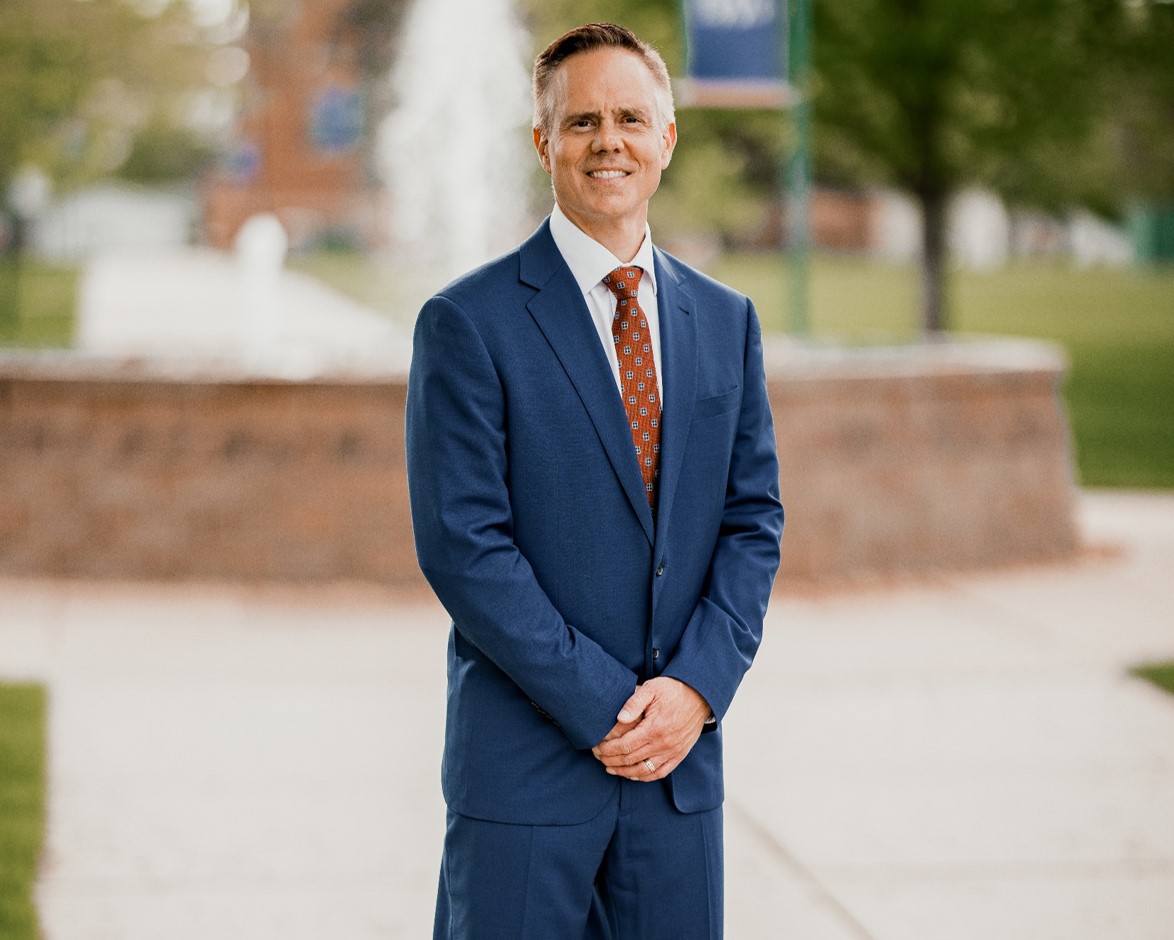 President Kittle in the News 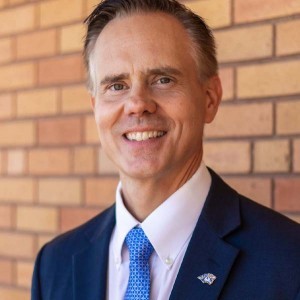 “I enter this community with a spirit of humility, with much to learn, and equally with determination, knowing that we have compelling opportunities and challenges.”
– DWU President Daniel Kittle

Casey Keckler and President Kittle met in college and have been great friends ever since. During his talk, Keckler will tell his story of two seminal moments, an ARVD diagnosis and being hit by a drunk driver, that made him reassess his life and influenced his subsequent navigation of employment within the federal government. 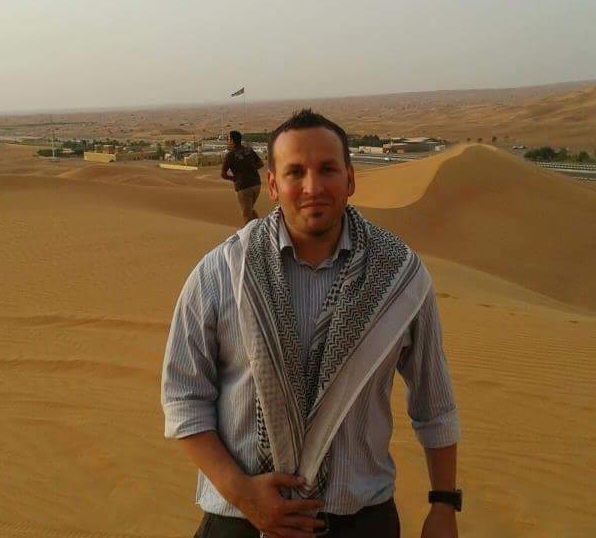 Upon completion of his B.S., Keckler spent two years as a juvenile probation officer in Seneca County, Ohio, before enrolling as a full-time graduate student at Bowling Green State University. After earning a Master of Public Administration degree, Keckler moved to Washington, D.C. and spent five years as a legislative staffer in the United States Senate.

He would go on to work the next 16 years as an intelligence officer with the DHS. In this capacity, Keckler represented the department around the United States, the Middle East and Europe. In 2008 and 2009, Keckler was selected to serve as one of two executive briefers for DHS executive leadership team. In July of 2009, he was the recipient of the department’s Pat Roberts Intelligence Scholars Program award. Keckler was selected to serve as the DHS senior intelligence officer in the state of Nevada from 2012 to 2015; Portland, Maine from 2015 to 2019; Phoenix, Ariz. from 2019 to 2021; and, most recently in October 2021, Boston, Mass.

Keckler currently resides in New Hampshire, has two sons and a daughter, ages 18, 14, and 10, and is an avid paranormal investigator.

Mitchell offers a variety of hotels and accomodations. Dakota Wesleyan has secured a block of rooms at the following hotels. Please ask for the "DWU Room Block" when booking. The blocks will be held until July 24, 2022.

For delegates marching in the academic procession:

The School of Business, Innovation and Leadership is located on the southeast corner of campus along S. Duff Street. Click here for the DWU campus map.

A Community. On Purpose.

"Having advised dozens of service trips for college students over the course of my career, I know how important they are. Students can make a meaningful contribution, gain teamwork and leadership skills, while learning about themselves. In fact, it's that aspect of personal discovery that I think is often overlooked. A service trip is a way to give back while also having a chance to step out of your comfort zone to consider the broader world. The experience invites people to be present, reflect, and ultimately learn and grow. The experience of a service trip stays with you. You remember the people you served, as well as those with whom you served, and you remember the lessons about leadership and service, lessons at the heart of an education here at Dakota Wesleyan University. As we know, service can lift up people and communities in ways that impact generations. Service also has the power to educate people about important issues. One of the things that drew me, and my family, to DWU, is the community's commitment to service. As a foundational value, service should be a part of every student's experience." - DWU President Daniel Kittle

Thank you for your gift in honor of Dr. Kittle's Inauguration in support of domestic service trips. 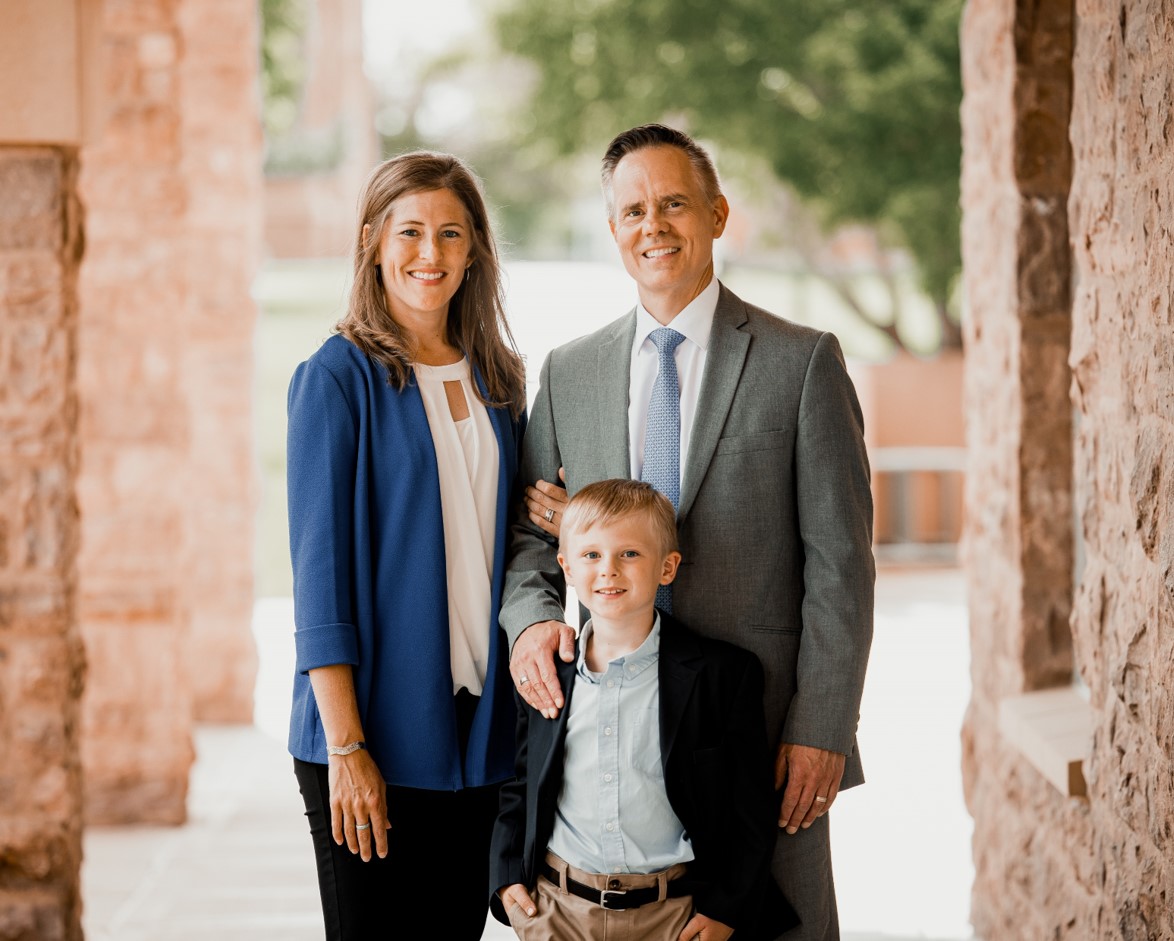 We look forward to getting to know you at the Inauguration in August! 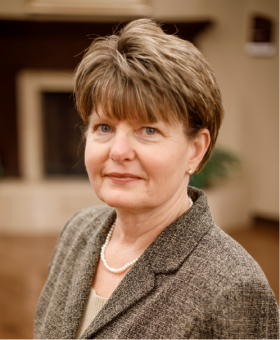