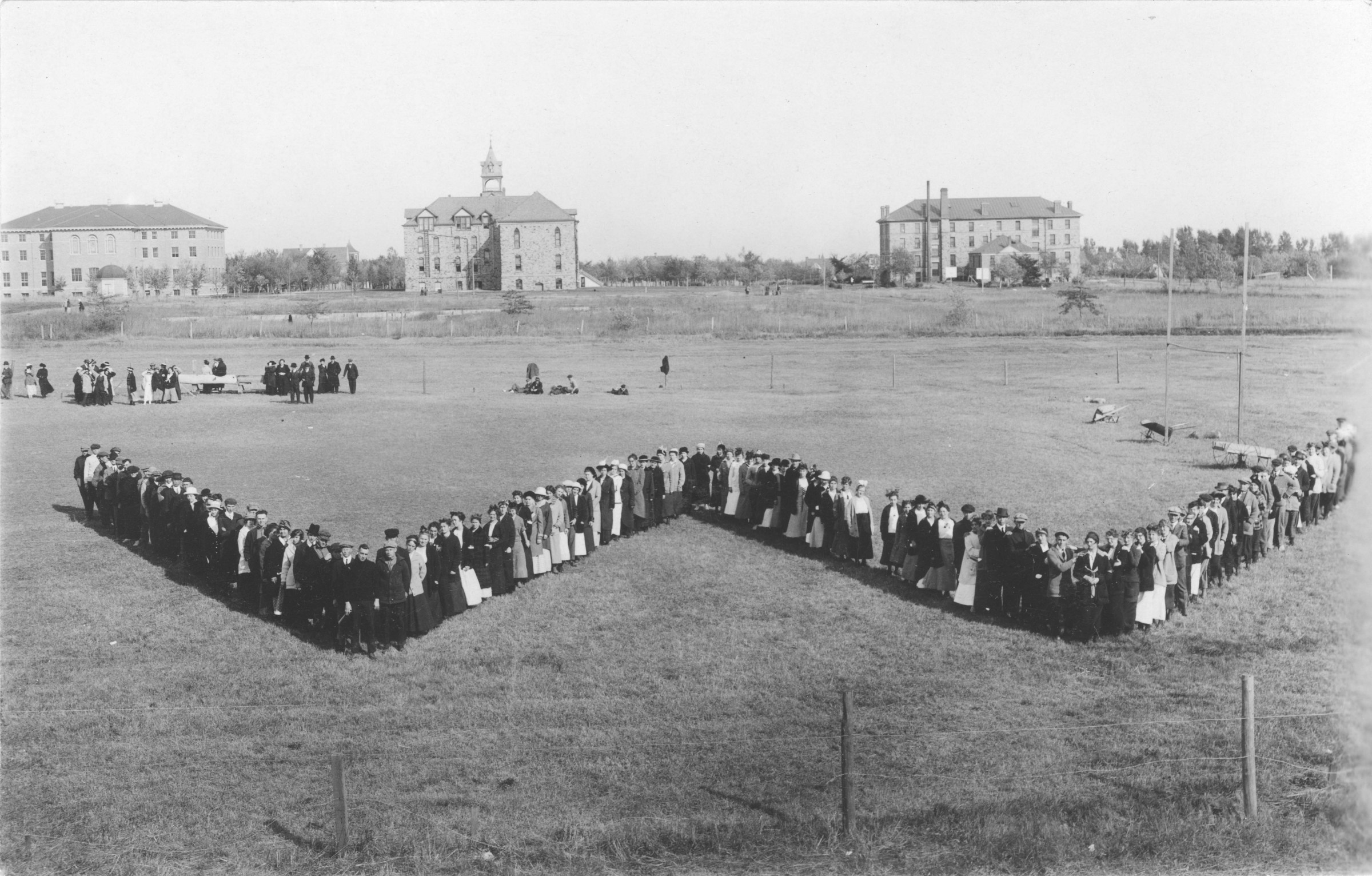 Dakota was still a territory back in 1885 when Dakota Wesleyan University was established in Mitchell.

The founders of DWU (which was simply called “Dakota University” until 1904) were a group of pioneers who belonged to the Dakota Conference of the Methodist Church and had deep religious convictions about education and the future of their children.

At the time, many of these pioneers lived in sod houses on the prairie even as they forged ahead with their dream of building this institution of stone. 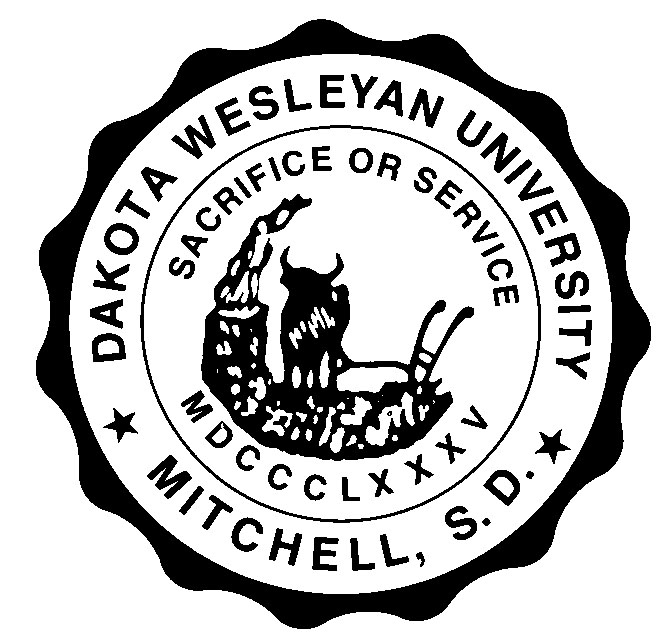 Our founders had a vision for a university that stood for the very highest Christian thoughts and deeds, which is why they adopted the motto, “Sacrifice or Service.” These words are still represented in DWU’s collegiate seal today by the symbols of an altar, a plow, and an ox.

To this day, we still work hard to carry out our mission of service to God and humanity.

Sustaining the University Through Hard Times

By 1920, DWU was the largest independent college in the state, with an enrollment of more than 300 students. These numbers did not slow even throughout the Great Depression in the 1930s as DWU accepted farm produce for tuition, and allowed professors to live in Graham Hall.

Then, as now, the DWU faculty and students, local townspeople, and parishioners of the Methodist church all pulled together to sustain the university.

Over time, DWU has graduated many leaders of major corporations, six college presidents, three United States senators and numerous pastors. It continues to be a place that nurtures and develops ethical leaders and strong minds, all under the vision of “Sacrifice or Service”.

In fact, the stone memorial pillars at the north end of campus are engraved with a reminder of this vision today:

"This gateway is dedicated to pioneer men and women of the middle border who sacrificed that here the torch might be relighted."

Sacrifice or service—the cornerstone on which DWU was built—remains the foundation for our second century of educating the leaders of the future, and a place where minds are challenged, souls are nourished, friendships are forged and lives are transformed.

Want to learn more about the history of DWU?