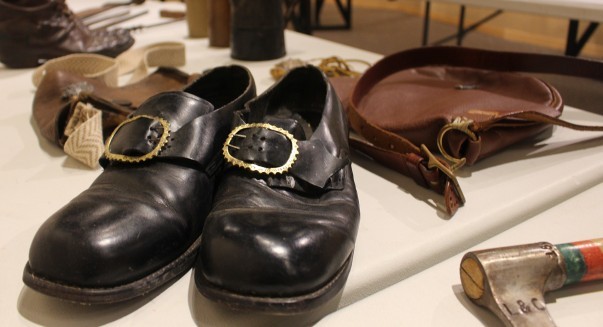 The settling of the West is rich with stories, but the characters who fill those pages are sometimes lost to history.

Dakota Discovery Museum in Mitchell wishes to bring those stories to light by celebrating the historical, political and cultural contributions of African American settlers in the Dakota Territory.

The exhibit series, “New Land-New Hope,” opens at 5 p.m., Tuesday, June 18, at Dakota Discovery Museum on the east side of Dakota Wesleyan University’s campus. The event is free and will begin in the DWU black box theatre, which is attached to the museum, followed by a program and a ribbon-cutting by the Mitchell Chamber of Commerce.

In attendance will be Bonnie Williams, wife of the late Leonard “Bud” Williams, the first African American mayor of Mitchell, a lieutenant colonel in the U.S. Army and namesake for L.B. Williams Elementary on DWU’s campus. Also being recognized will be Porter Williams, founder of the South Dakota African American Museum in Sioux Falls, and Joyce Jefferson, of Rapid City, who is a member of the South Dakota Humanities Council Speakers Bureau and will be presenting later in the year.

The exhibit highlights the stories of a few of the Dakota Territory’s earliest African American residents, including York, a member of the Lewis and Clark’s “Corp of Discovery”; Norvel Blair, whose family of homesteaders founded “Blair Colony” in Sully County; and Cleve Abbott, a South Dakota State College (SDSU) graduate of 1916, who was a college football coach and teacher after serving in World War I and became the first African American member of the U.S. Olympic Committee in 1946.

“The influence of African Americans in what became South Dakota began with York, a slave to William Clark, who accompanied the Lewis and Clark ‘Corp of Discovery’ on its epic journey from St. Louis to the Pacific coast between 1804 and 1806,” said Rod Brown, museum manager. “York’s story is rich with the history of the territory and is just one of many on display. We hope people will come and learn more about the history of our region and our state through this series.”

Visitors will also learn about the famous Buffalo Soldiers, as well as freed slaves Sarah Campbell and Lucretia Marchbanks who made their own ways to the territory and eventually the Black Hills to seek their fortunes and begin their own business enterprises. Additionally, the exhibit showcases: Isaiah Dorman, born free in Pennsylvania, he chose to move West seeking opportunities but unfortunately was recruited into George Custer’s fatal exhibition to Montana; James Pierson Beckwourth, mountain man; Nat Love, cowboy; Jacob N. Brown, farmer and benefactor – in 1928, his estate provided a $25,000 donation to the Methodist Hospital in Mitchell; and many others.

Sept. 17: Family Night at the Museum, “The Blair Colony of South Dakota.”

Oct. 3: Family Night at the Museum, presentation by Joyce Jefferson.

Nov. 7: Family Night at the Museum, final public event of the exhibit.