Distinguished alumni to be honored during homecoming’s Legacy Banquet

The Legacy Banquet is set for 6 p.m., Friday, Sept. 25, in the Sherman Center. The banquet is by reservation only; contact the DWU alumni office at alumni@dwu.edu, or 605-995-2603, to purchase a ticket. A full list of events can be found online here. 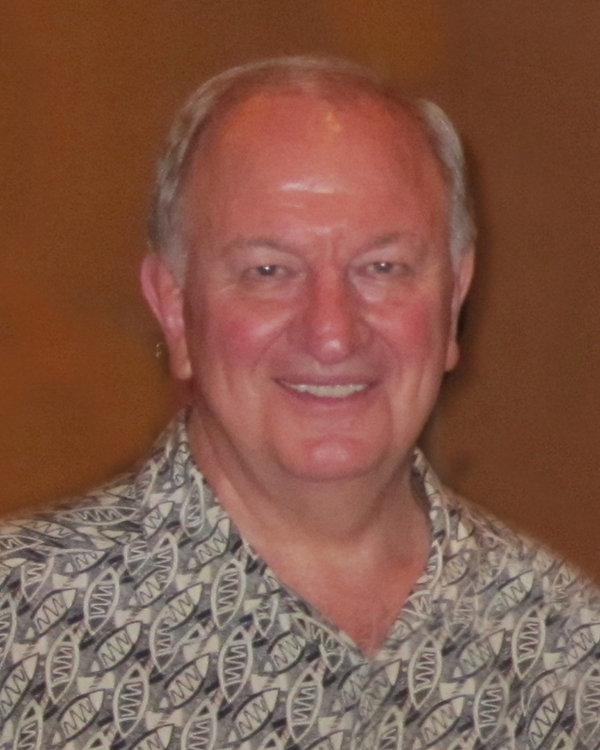 Don Hafner, Aurora, Colo., formerly of Ethan, will receive the Distinguished Alumni Award from the College of Leadership and Public Service.

Hafner, the youngest of eight children, grew up on a farm just outside of Ethan, S.D., and can vividly remember the day he was completing his farm chores when Dakota Wesleyan University coaches Gordon Fosness and Gordon Zapp drove into the yard to recruit him to play Tiger athletics.

Desperately wanting to continue his education, he accepted the challenge and was a four-year basketball standout for DWU along with playing two years of Tiger football.  He graduated in 1965 with a business degree and an emphasis in accounting.  After graduation, he accepted a position working for Rollie Kelley, another Dakota Wesleyan alumnus, at the Colorado Container Corporation, a manufacturer of corrugated paper boxes and products in Denver.

He began his career as an accounting clerk, followed by a supervisory position in manufacturing operations, and he was later named executive vice president.  After 17 years with the company, he began a career in financial consulting.  In 1985, he became the owner and president of InterFinancial Services Inc. Five years later, he sold the firm and accepted the lead position of president at Omnivest Financial Services Inc., where he coordinated the successful merger of two financial planning and consulting firms.  Upon completing that task, he once again chose to work independently with a focus on structured settlements and planning for persons with disabilities.  He served as the Colorado State Director of the National Organization of Estate Planning for Persons with Disabilities.  Don’s experience in accounting, taxes, finance, investment counseling and business management led him to establish Settlement Partners LLC, a company providing settlement services to fill a niche in the marketplace of helping people with catastrophic injuries and special needs.  He is the recipient of the Partner of the Year Award from the Colorado Trial Lawyers Association.  In addition to his corporate office in Denver, Don has offices in two locations in Texas and conducts business nationwide.   He does extensive pro bono services for families in need, including several families who were victims of 9/11. He is a founding member of the Society of Settlement Planners, and a member of the National Structured Settlement Trade Association.

Don’s list of service is long. In addition to holding leadership positions in numerous organizations connected to his career, he served as a member of Civitan International, holding various positions, including Distinguished President. He also has been a longtime volunteer with Special Olympics supporting all aspects of the organization. He has shared his leadership skills with this faith community by serving as head elder and head usher for many years, and he served as Sunday school superintendent.

For years he has provided volunteer tax preparation services for low- to moderate-income families and conducted seminars both in person and via video instruction for retiring employees of U.S. West and other corporations.  One of his greatest joys comes from serving his community as a volunteer elementary basketball coach.

Although he has been in the work force for more than 50 years, Don states, “I am far from retirement as I love what I do and know that God isn’t finished with me yet.  I’ve been richly blessed to live a life of service to others.”

Don and his wife, Jill, have been married for 32 years and are still living in Colorado. They have four children and two grandchildren. 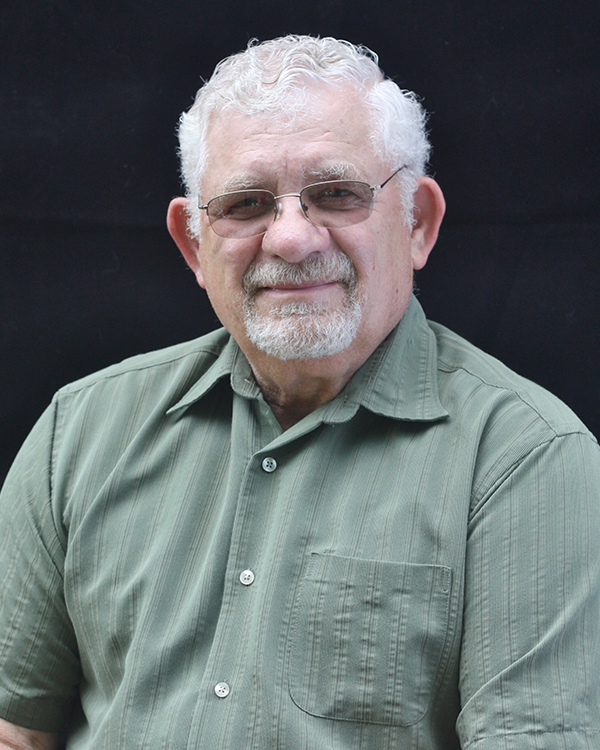 Don Thayer grew up on the family farm near White Lake, S.D., surrounded by farm animals, including a few baby calves and lambs that spent the night near the kitchen stove during cold winter nights. The seeds of his future career were planted there.

His desire to become a veterinarian was fueled by both his encouraging mother and the love of a Shetland pony named Danny, who broke his front leg when Don was in the third grade.  After rushing the pony to the veterinarian, only to realize the doctor did not have either the proper tools or training to treat it, the pony had to be put down.  That experience led Don to think, “There must be a better way for a more desirable outcome.”

Don came to DWU in the fall of 1961 following his brother, Bill, already a student here.  His twin sister, Donna, entered the Methodist Hospital nursing program.  Don briefly considered engineering before focusing on the sciences with the goal of veterinary medicine. He was a student-athlete and played Tiger football.  In Dr. Linn’s biology class, he met the love of his life, Judy DeWitt.  They married in August 1965 and had four children. Don took additional classes at both SDSU and Iowa State University, officially graduating from DWU in 1967.

“(DWU) started me on my life’s path and gave me confidence to dream big and believe in myself,” he said.

He then attended Iowa State University School of Veterinary Medicine and graduated in 1970.  Shortly after graduation, Don and a fellow vet school classmate traveled to Wisconsin, and he decided to move there to begin his career. He joined a four-man mixed animal practice near Brodhead, Wis.

Yet, while Don was developing his practice, he had a personal desire to share his Christian faith through his veterinary work. He became connected to Christian Veterinary Mission, a sister organization of World Concern, and took the first of what would become 11 mission trips to Haiti, where he educated locals on animal care.

“The Haitians taught me about unconditional love, gratitude, living one day at a time; they were so happy and made do with what they had,” he said.

Don’s 38-year career included 17 mission trips to Haiti, India, Ecuador, Kenya, Romania and Nicaragua.  On many of the mission adventures, his family members were able to accompany him.

“Conducting mission work with my family was really a dream come true,” he said. “A person learns so much about themselves when serving others. It was the opportunity to grow, learn and bond as a family, all the while we were serving Christ around the world.”

Although officially retired from the clinic he helped build, Don now pours himself into his family, his church and many other Christian causes.  His focus is to encourage others to a life of service in Christ.

He and Judy are especially grateful to Dakota Wesleyan for providing a firm foundation for their life of service. 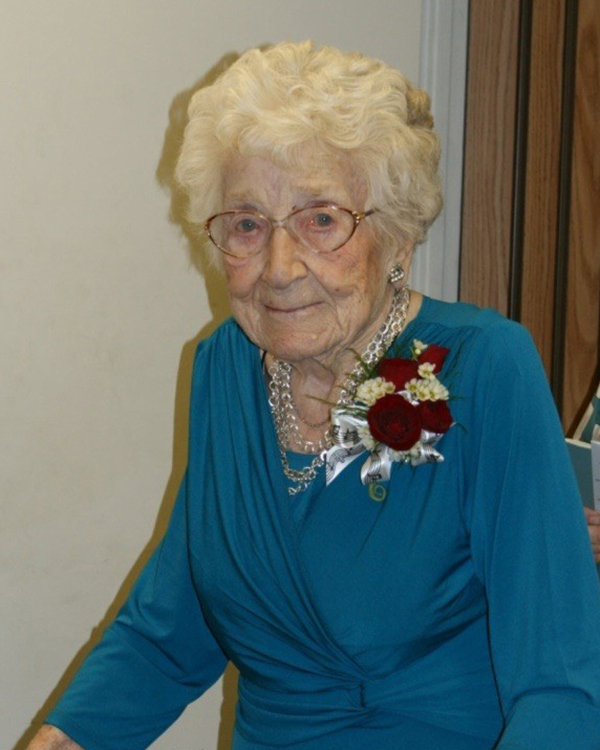 Dorothy Alexander Collins, Columbiaville, Mich., formerly of Redfield, will receive the Distinguished Alumni Award from the College of Arts and Humanities.

From the time she was a little girl growing up in Redfield, Dorothy was surrounded by music and the arts. She began piano lessons in first grade, and as a teenager accompanied the church choir and all of the music ensembles at school. On Sunday mornings, the church choir rehearsed in her family’s living room, and Dorothy dreamed of someday being an accompanist to a famous soloist.

She graduated from DWU in 1936 with majors in music and English and minors in math and history. The Great Depression meant that jobs were few, but she found jobs at Hazel, Roscoe and McIntosh, S.D. In 1941, Dorothy spread her independent wings, bought her own car and accepted a teaching position in Columbiaville, Mich. The superintendent was aghast that any mother would have allowed her daughter to travel so far alone.

In 1943, she enrolled in library classes at the University of Illinois and continued her teaching career. Just one year later, she met her future husband, Chet Collins. They married in August at the Methodist church in Redfield and raised two children together.

Dorothy resumed her teaching career in Columbiaville in 1956. During her tenure at Columbiaville, she taught chemistry, mathematics and English, and served as interim principal for one year, as well as supervising the library move to the new high school in 1969. By the late ’70s, she was solely responsible for the elementary, middle school and high school libraries. In addition to her many responsibilities within the district, Dorothy was the yearbook adviser for almost 20 years, and in 1957, began making an official school district scrapbook for each year. For more than 50 years Dorothy archived community events and information, which now serve as a historical document for the school.

Dorothy retired from the LakeVille Community School District in 1981, but remained actively involved with the music department where she accompanied student musicians at competitions and played in the pit band for all of the musicals. She also initiated and organized a church library and provided private piano lessons for hundreds of students over the years. She shared her musical gifts and played the piano for the local Rotary Club long before women were allowed to join; however, when that statute was lifted, she was the first female welcomed into the local chapter.

In 1990, Dorothy was awarded the Distinguished Service Award by the Great Teachers Foundation, and the Edgar A. Guest Masonic Award for Community Service in 1991. The Village of Columbiaville proclaimed it Dorothy Collins Day in October 1997, and in 2007, she was presented with the Michigan Lily Festival Association Volunteer of the Year Award.  Just this past year, the Valley Area Agency on Aging of Michigan recognized her as one of three centenarians, and her life was chronicled in a video by the agency. In 2012, the LakeVille Board of Education honored her by naming the library media center the Dorothy Collins Media Center.

Dorothy has played the organ at the Columbiaville United Methodist Church for more than 60 years, and at 100 years of age, continues to richly bless the congregation with her beautiful music every Sunday.

“They’re amazed that I can still play. I said, ‘Well, the brains and the fingers still connect, so I continue to play,’” she said. “I really enjoy life.”