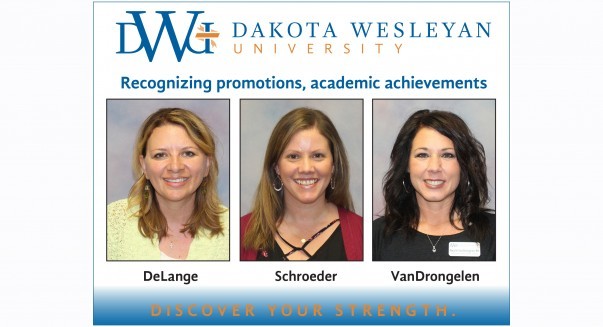 Jeannie DeLange was promoted to associate professor of nursing and granted tenure. DeLange began at DWU in 2014 and teaches in the RN to Bachelor of Science in nursing program. She earned her B.S. in nursing from Mount Marty College, Yankton, and her Master of Science degree in nursing from the University of Mary, Bismarck, N.D. DeLange is also a certified family nurse practitioner and served as the medical director for the Dakota Children’s Advocacy Center in Bismarck prior to coming to DWU.