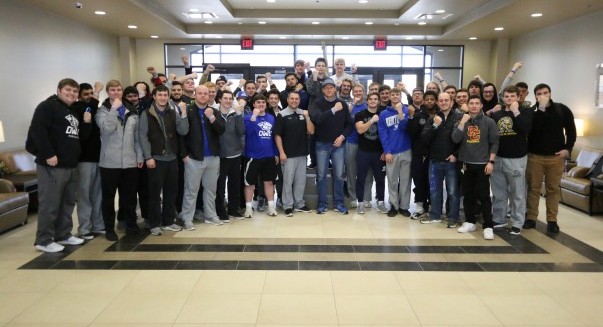 For Floyd Korzan, life at age 10 looked a lot different than most. After his father, Matt, was diagnosed with acute myeloid leukemia, Floyd soon found himself inside the walls of a hospital as his father underwent treatment at the Mayo Clinic in Rochester, Minnesota. Instead of weekly spelling lists and vocabulary words, Floyd began learning what words like “hospice” and “chemotherapy” meant.

Matt beat the cancer once, but it later returned. It went into remission a second time but returned yet again in 2017. Considering the diagnosis of this particular type of cancer, doctors were not optimistic.

As options quickly began to dissipate, Matt agreed to a stem cell donation provided by his sister, a 100 percent match. After a difficult treatment, things began looking up for Matt, and biopsies began showing no signs of leukemia. Matt has now been in remission for two years and remains hopeful.

Several people including friends, family and the community all offered support to Matt and Floyd during this difficult season, but one group in particular still stands out to the Korzans – the Dakota Wesleyan football team.

After learning of their situation, head football coach Ross Cimpl and the Dakota Wesleyan football team quickly began volunteering their time and efforts in any way possible. The players assisted with things such as fall clean up and yard work and doing odd jobs around the house to assist Matt while he recovered. But once the leaves were raked and the work was done, the players made sure there was always extra time to toss the football around with Floyd. A few of the players even brought Floyd to the barber shop to get his hair cut. 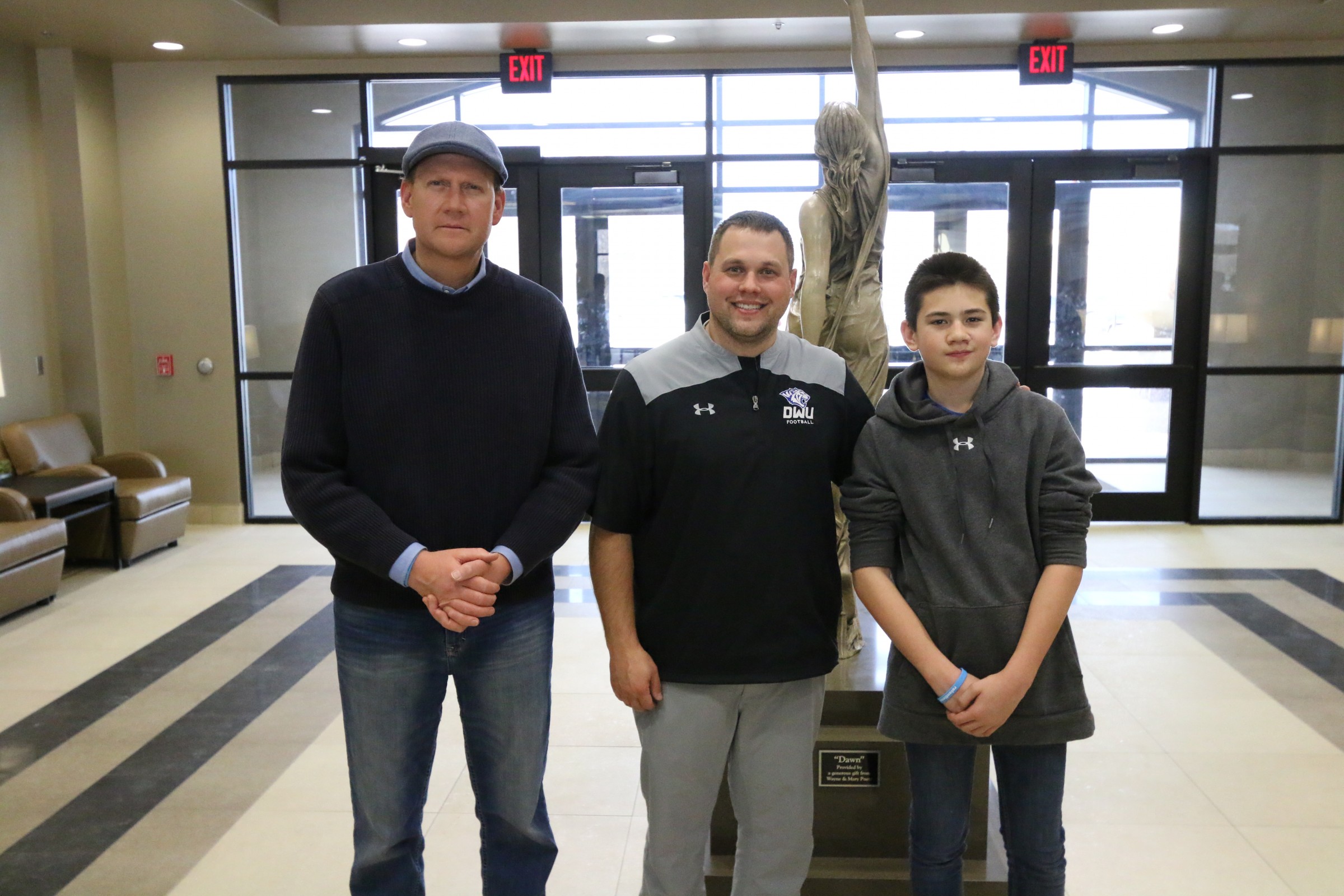 A bond was quickly formed between Floyd, Matt and the DWU football team and for a little boy whose world had been turned upside down, he was becoming a kid again.

A signature gesture from the football team included an autographed football with every player’s signature on it – a possession that still graces Floyd’s bedroom three years later.

The Korzans are still focused on putting one foot in front of the other and taking each day as it comes as they walk this road to recovery, but the strength of his father and the gratitude shown by coach Cimpl and the Tigers has inspired Floyd to bestow that same strength and gratitude onto others who may be experiencing similar hardship.

Floyd decided to start a non-profit organization aimed at offering encouragement to other cancer patients. Floyd named the organization, Relentless Pledge, inspired by the relentless attitude and grit that he saw in his father during his treatment.

What started off as just a small idea, Relentless Pledge quickly took off, resonating with people both near and far. Floyd has caught the attention of many local media outlets, and even some national.

Floyd’s goal with the Relentless Pledge is to offer something to every single cancer patient in America – a blue wristband with one word on it. Relentless.

So far, Floyd has received requests for wristbands from 46 states and four continents and Relentless Pledge is still in its early stages.

Three years later, Floyd has not forgotten those afternoons in the yard playing with the Wesleyan football team. On Monday, Feb. 10, 2020, Floyd and his father Matt delivered a speech to the current members of the DWU football team and coach Cimpl in an attempt to “pay it forward” and offer a simple thank you for offering hope to a young boy and his father.

“What they did really embodies the true spirit of Wesleyan,” said Matt. “Shaping outcomes ultimately shapes results. To a 10-year-old boy whose father is sick, what they did meant the world.”

Floyd delivered a heartfelt and motivational speech to a packed room consisting of current members of the Tiger football team and coach Cimpl. He explained his non-profit, offered his sincerest gratitude and encouraged everyone to stay relentless in the pursuit of their dreams. Each player also received one of Floyd's relentless wristbands. 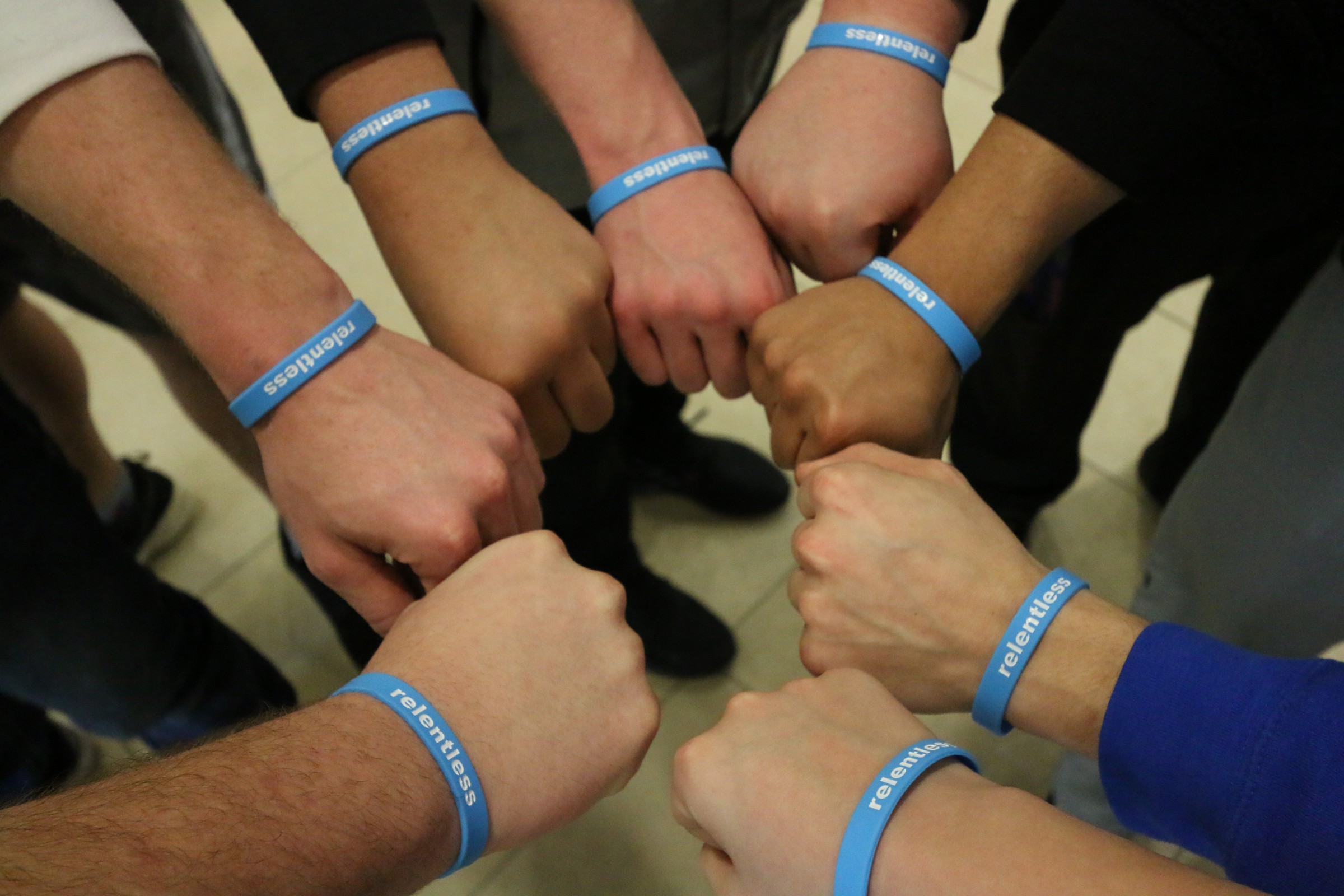 “This is about more than just cancer to Floyd. It’s bigger than that. He wants to honor local-heroes and encourage them to remain relentless also – teachers, nurses, firefighters, police officers,” said Matt. “These guys [the DWU football team] are local-heroes.”

People can go online and take the Relentless Pledge at relentlesspledge.org, where they can also order a relentless wristband or nominate someone in their community to receive one for free.

With the help of a group of young men willing to step in and offer hope, and one word, a once life-altering experience has turned into a relentless pursuit to shine light into the lives of others.