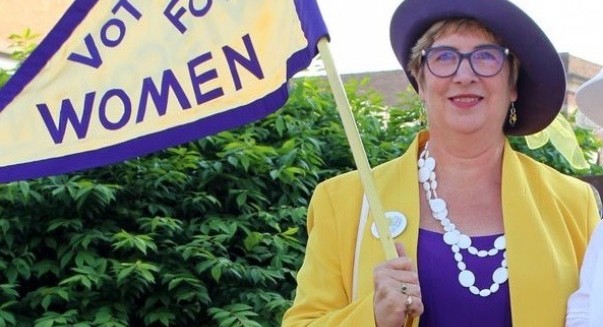 In honor of the centennial of the ratification of the 19th Amendment, Dakota Wesleyan University will be hosting a virtual celebration on Tuesday, Sept. 22 from 11 a.m. to noon.

Jones will touch on key moments, individuals and issues that helped women achieve their equal voting rights in the United States, and more specifically, in South Dakota 100 years ago.

Jones wrote the chapter on school suffrage for the 2019 book “Equality at the Ballot Box: Votes for Women on the Northern Great Plains” that was published by the South Dakota Historical Society. She also participated in several conference panels in 2019 and 2020 throughout the United States on the topic of woman suffrage.

“One of the more striking things I’ve learned in helping orchestrate this event in conjunction with the McGovern Center [at DWU], is that the struggle for women’s suffrage lasted much longer than I thought,” said DWU religion professor, Joel Allen. “A whole generation of suffragists died before seeing this dream become a reality. Our enfranchisement, male or female, is enriched and endeared by their tenacity and perseverance.”

The event will be live streamed at www.dwu.edu/live.