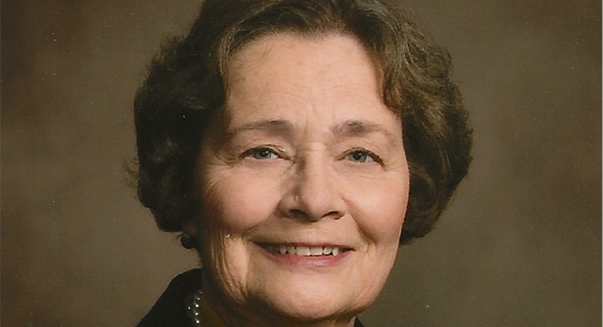 MITCHELL – Dakota Wesleyan University will honor Lesta V. Turchen with an honorary doctorate of humane letters during commencement services on May 9, 2021, at 1 p.m. at the Corn Palace.

Lesta V. Turchen, of Hill City, S.D., has dedicated the better part of her life to serving community and professional organizations, public service and leadership.

Throughout her professional career Turchen has worked closely with several university boards and has also served on the Board of Directors for a hospital, chamber of commerce, international technology development association, museum, preservation association and historical society.

During her time with the South Dakota State Library Board, she oversaw the discontinuation of the South Dakota Library Network and the establishment of an up-to-date digital information system that helped link libraries across the state.

In Hill City, Turchen served for nearly nine years on the Hill City Arts Council Board of Directors as secretary and vice president. Her main responsibilities included planning, documentation of activities and grant writing.

For nine years, Turchen has served as secretary/treasurer, vice president and president of the Board of Directors for the Rose Family Cemetery Association, for which she is also the registered agent.

Turchen spent twenty years at DWU, serving as an associate professor of history from 1972-1992, and vice president for academic affairs and dean from 1987-1992.  She then served as president of the University of Houston-Victoria, senior fellow at the American Association of State Colleges and Universities, and system chief academic officer for the South Dakota Board of Regents.

Lesta and her husband Mike support the DWU Turchen Family Endowed Scholarship and have given generously to support renovations to the Dakota Discovery Museum as well as the new Women of Wesleyan space in the DWU School of Business Innovation and Leadership.

“She has been an outspoken advocate for students of color, international students, students from disadvantaged backgrounds and women,” said DWU President, Amy Novak. “She invests in and supports museums because they enable us all to see how history has shaped our region and encourages our reflection on our common humanity - our mistakes as well as our heroic achievements. Artistic endeavors also encourage people to see our humanity through different lenses and the Turchen’s commitment to art ensures that our state and region continue to support those whose work highlights the narratives, people and natural resources that have shaped the Great Plains.”

Currently, Turchen serves as president of the Board of Directors for the South Dakota State Railroad Museum. She created and funded the first South Dakota Ledger Art Project in 2019 designated for all accredited South Dakota schools with grades 4-12. The project encourages students to create artwork on original railroad ledger pages that relate to South Dakota railroads, history and culture.

Turchen and her husband Mike are very active in the Hill City South Dakota Friends of the Library and both supported the establishment of an endowment for the organization with the Black Hills Area Community Foundation.  They also contributed to the creation of the Kid’s Annex at the Hill City Public Library.

With her dedicated commitment to academic excellence, extensive knowledge of the state and region, selfless acts of giving, and her welcoming and kind heart, Turchen has created a legacy that will remain for years to come.