DWU to Present LyricWood in Concert on Oct. 23 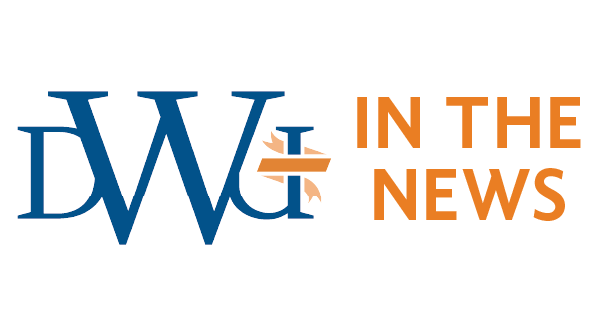 MITCHELL – The Ron and Sheilah Gates Department of Music at Dakota Wesleyan University will present LyricWood in concert on Sunday, Oct. 23, at 7 p.m. in the Sherman Center.  Admission is free.  The event will also be livestreamed on www.dwu.edu/live.

This concert is unique in that it will feature for the first time ever for LyricWood, a Concerto for Double Bass and String Orchestra by Glenn Stallcop.  This concerto was written for soloist Jim Beidel and was performed by the Seattle Pro Music Chamber Orchestra with Beidel as soloist in 1978. The piece is written for a double bass with solo tuning, a scordatura, which is a higher key above normal tuning and uses lighter gauge and brighter strings. John Casey will perform as soloist with LyricWood.

Casey is a founding member of the LyricWood Strings, where he plays cello.  However, his main instrument is double bass, which he started playing in high school in Owatonna, Minn. He received his bachelor's degree in music education from the University of Minnesota, where he studied with Minnesota Orchestra bassist James Clute, and his master's degree in double bass performance from Northwestern University in Evanston, IL, where he studied with Warren Benfield of the Chicago Symphony. After leaving school, he spent five seasons as Assistant Principal Bass of the Phoenix Symphony, with three of the summers as an orchestral fellow at the Aspen Music School. While in Phoenix he became good friends with fellow Phoenix Symphony bassist Glenn Stallcop, the composer of the concerto. The two of them played a bass and piano version of the piece at a recital at Glendale Community College in the Phoenix area.

Casey is currently Principal Bass of the Northwest Iowa Symphony, Associate Principal Bass of the Sioux City Symphony, and a member of the bass section of the South Dakota Symphony. He also teaches bass extensively as faculty at Augustana University in Sioux Falls, Dordt University in Sioux Center, Iowa, and Northwestern College in Orange City, Iowa, in addition to maintaining private studios in Sioux Falls and northwest Iowa.  He lives in Sioux Falls with his wife, Marian Casey, also a founder of LyricWood.

A second Stallcop piece, Fuego for viola, cello and double bass, will be performed by Liz Soladay, Laura Cooper and bassist Marian Casey. As an added treat, composer Stallcop will attend the performance.

LyricWood Orchestra is conducted by Dr. Bethany Amundson and directed by Elizabeth Soladay.

The next musical event scheduled is the annual Christmas at Dakota Wesleyan Concert on Friday, Dec. 9, at 7 p.m. in the Sherman Center.