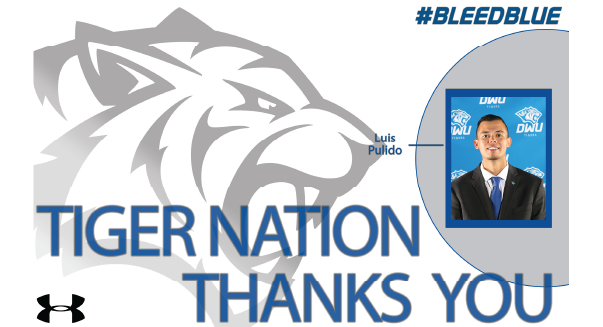 Director of Athletics, Jon Hart added, “Coach Pulido had a big impact in a short amount of time with the men’s soccer program. He worked tirelessly to rebuild our roster numbers and team culture after experiencing sudden coaching changes. He is the ultimate players' coach and a rising star in this profession. It was a joy to work with him during his time at DWU and we wish him nothing but the best in his next chapter closer to family.”

Pulido went on to say, "I just want to say thank you to Jon Hart and President Novak for allowing me to coach these young men. I will always be grateful for the faith they had in me and the support they showed throughout my time at Dakota Wesleyan. I will never forget the people at DWU that made the campus feel like home, especially ‘The Back 40.’ Finally, I want to say thank you to my players (past, present, or incoming), I hope that you learned as much from me as I did from you. GO TIGERS!"

A national search is already underway for the next head coach.