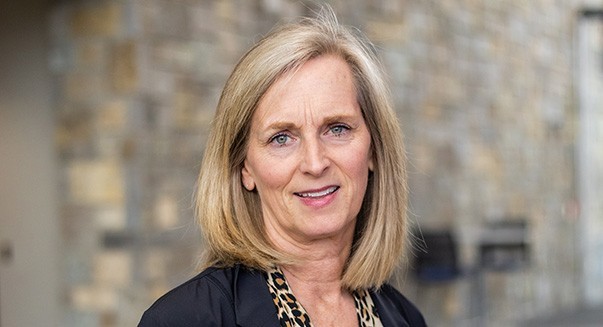 MITCHELL, S.D. – Valerie Fosness Melmer, a 1983 DWU graduate and co-owner/operator of Leadership South Dakota, will be the keynote speaker at the Dakota Wesleyan University Commencement on Sunday, May 8, at the Corn Palace at 1:30 p.m.  The ceremony will be livestreamed at www.dwu.edu/live.

Melmer was born and raised in Mitchell.  Her roots are deeply intertwined with Dakota Wesleyan’s history.  Her grandparents, parents and siblings all graduated from the university.

Melmer is married to Rick Melmer, a 1979 Dakota Wesleyan graduate.  During Rick’s career in K-12 and higher education, the Melmer family moved several times.  Valerie served as a substitute teacher in many of those communities.  She also served as the South Dakota Legislative Page Program adviser during their years in Pierre.

The Melmers are co-founders and operators of Leadership South Dakota.  The program accepts 40 leaders annually from across South Dakota, preparing them for leadership roles at the community and state levels.  They have three adult children and eight grandchildren.

A baccalaureate service will be held prior to the commencement ceremony at 10 a.m. in the Sherman Center on the campus of Dakota Wesleyan.